Relive the NFL 2021 season with this interactive drawing created by Greg Edwards using Mental Canvas. Give the image above a pinch to start your journey.
The NFL is featuring an illustrated fantasy ride recapping the 2021 season across its social media platforms. UK-based artist Greg Edwards created the drawing using Mental Canvas, which allows you to experience art interactively. Greg's illustration transports the viewer on a fantasy ride covering the entire season, through the playoffs, and climaxes at Super Bowl LVI.

The NFL commissioned Greg after seeing his Mental Canvas posts on social media including these scenes that went viral on several platforms. They sought to summarize this season's unforgettable storylines as an original work of art. 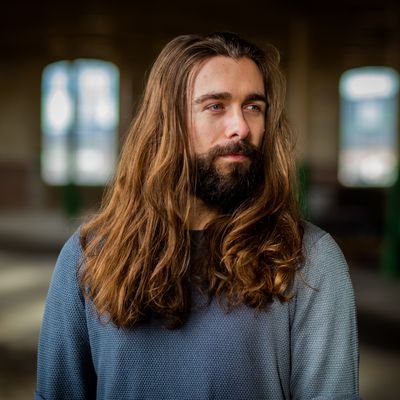 Greg started using Mental Canvas after we released a promotional version of our system this summer and launched a global challenge inviting creatives to reimagine drawing. This activity eventually led the NFL to discover an English artist whose idea of football was closer to Premier League than Superbowl.

Greg is an art director at Urban Scale Interventions, a creative studio in Belfast, Northern Ireland. Greg spends most of his time working with teams to dream up ambitious, inspiring concepts to improve cities, explore placemaking and develop tourism, among other things. When he learned about Mental Canvas he became enthralled with using it as a new means of storytelling – “to explore my 2D illustrations in a 3D space.”